Approval of DEPA’s participation to the equity of GASTRADE (Alexandroupolis FSRU) (Athens , 23/12/2019)

Financing agreement for the construction of the first LNG bunkering vessel for maritime use in Eastern Mediterranean (Athens , 28/01/2020) 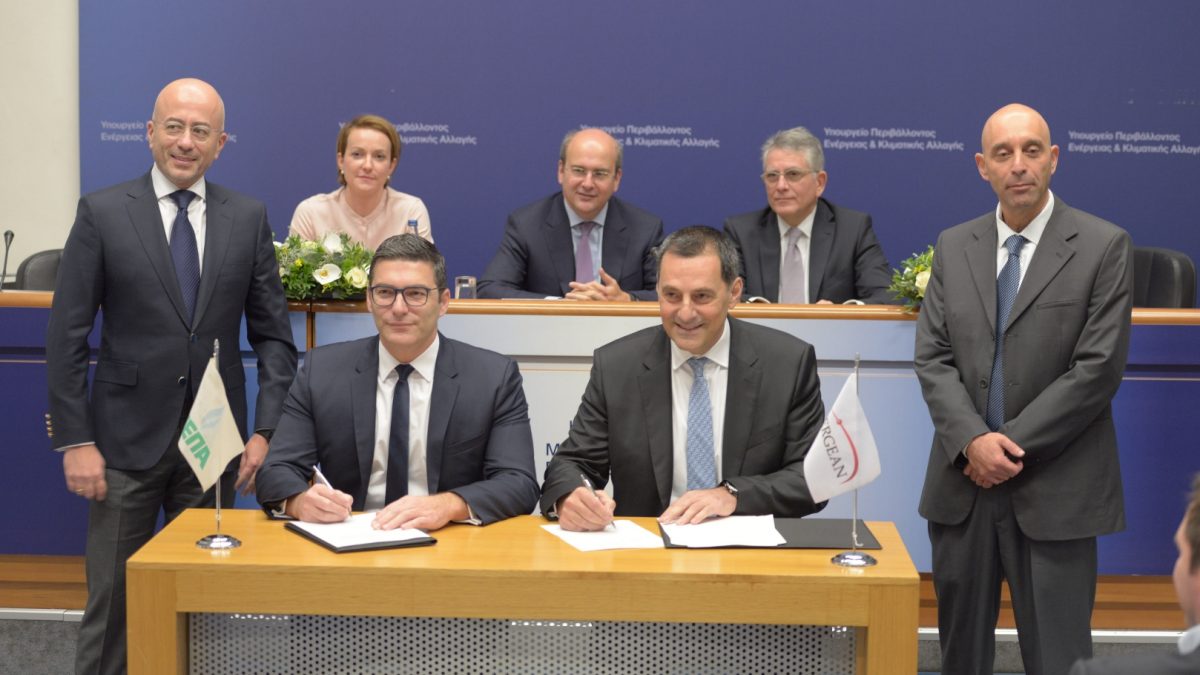 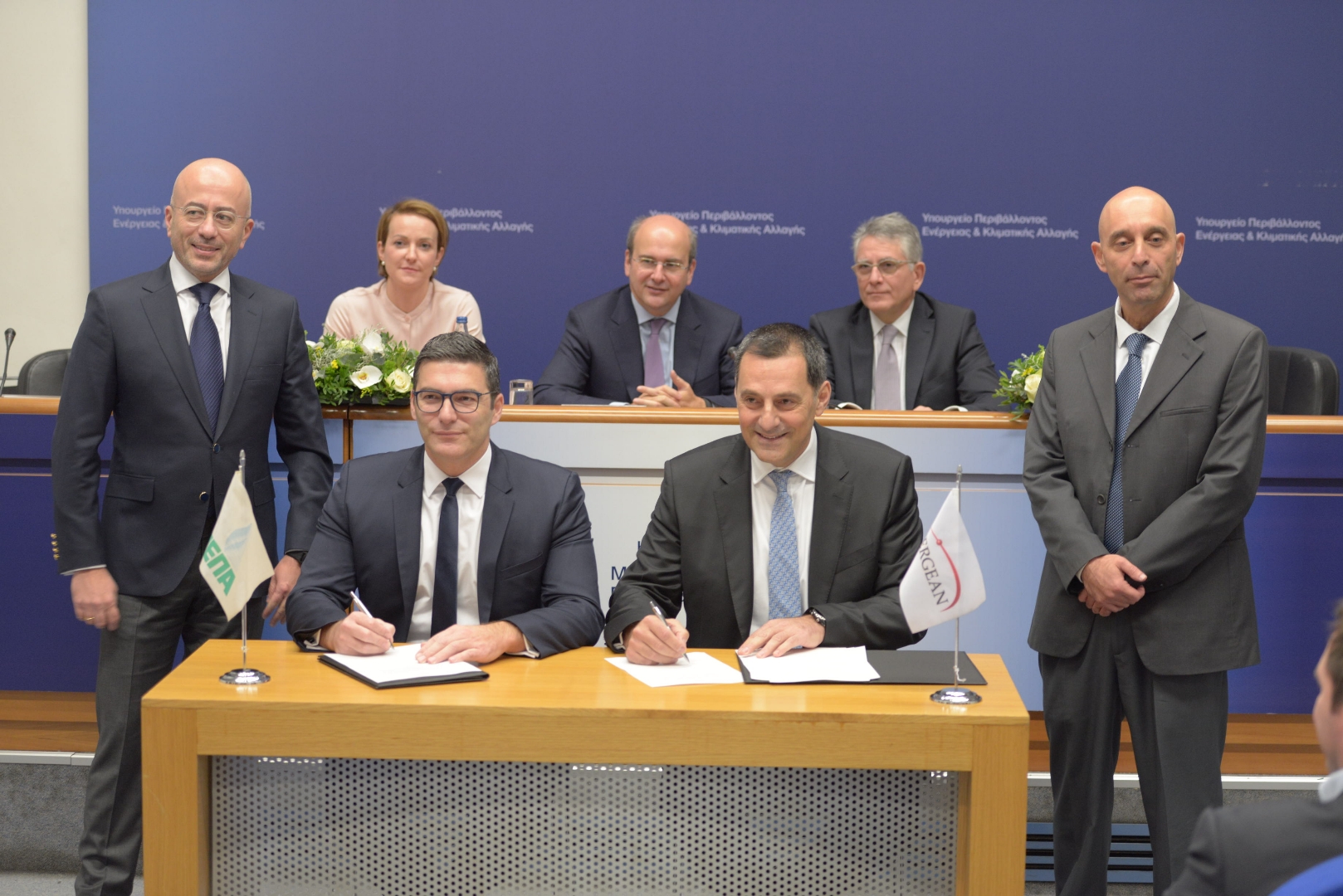 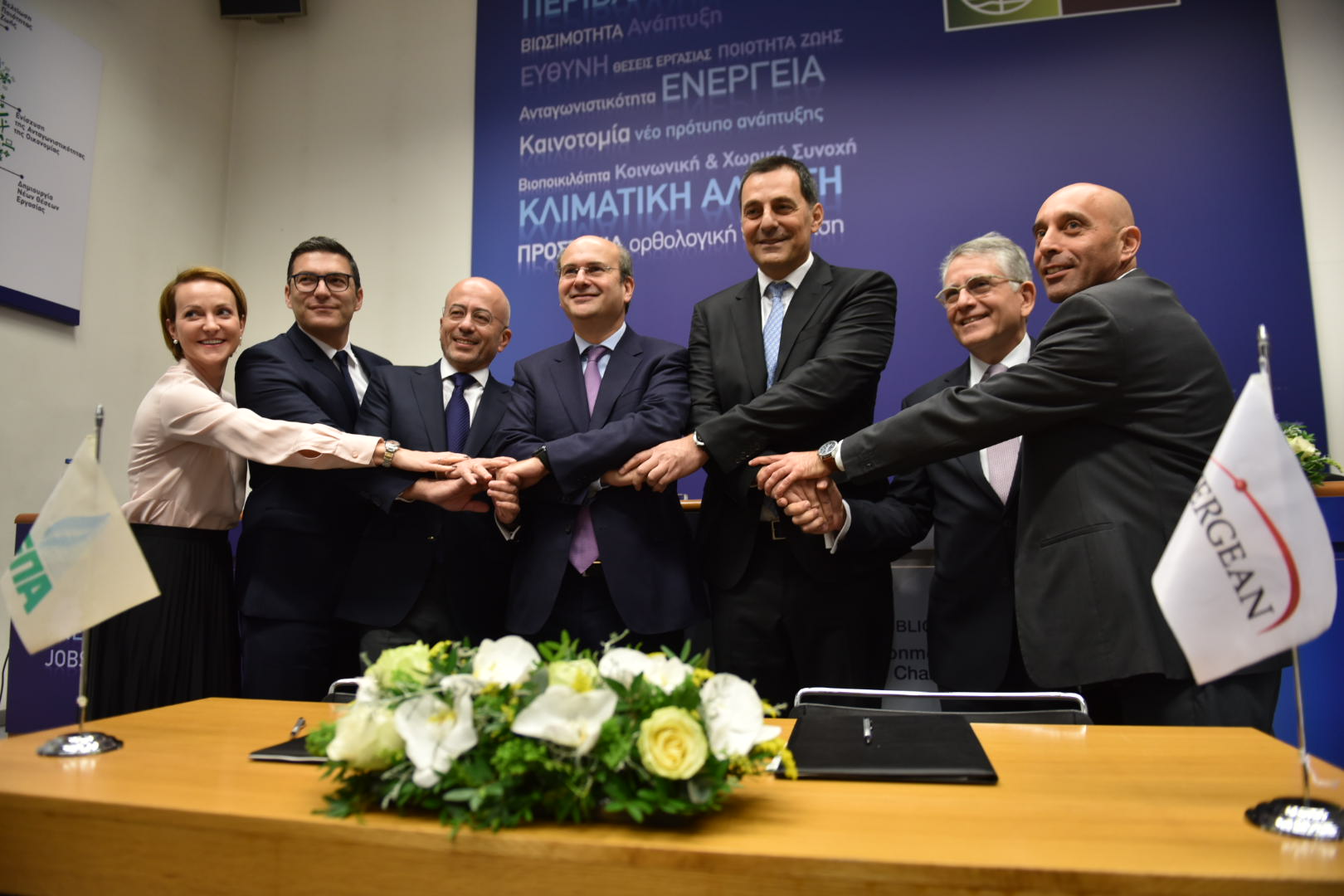 LοI for the Sale & Purchase of 2 BCM per annum

Energean (LSE: ENOG, TASE: אנאג) and the Public Gas Corporation of Greece (“DEPA”) have agreed to cooperate to further support the EastMed Pipeline Project. Ahead of the Intergovernmental Agreement on the EastMed Pipeline, to be signed later today by the Ministers of Cyprus, Greece and Israel responsible for Energy, Energean and DEPA have signed a Letter of Intent (“LoI”) for the potential sale and purchase of 2 BCM natural gas per annum from Energean’s gas fields offshore Israel, where Energean is investing $1.7 billion for the development of the Karish & Tanin fields through the FPSO “Energean Power”.

DEPA, as a 50% shareholder of the “NATURAL GAS SUBMARINE INTERCONNECTOR GREECE-ITALY-POSEIDON S.A.” (“IGI Poseidon”) – a Joint Venture with Edison S.p.A – is developing the EU Project of Common Interest (PCI) EastMed Pipeline and is a leading player in natural gas supply and retail activities in the Greek and S. E European markets and in the development of major natural gas related infrastructure projects with the objective of enhancing the security and diversification of supply of Greece and the broader region.

Additional details, including terms, delivery points, gas composition, the shipper of the EastMed pipeline etc. will also be agreed and detailed in the GSPA.

“With the agreement we have signed today – the first agreement for the commercial use of the EastMed pipeline – we are taking a decisive step for the project’s commercial viability and its realization. With the present LoI, DEPA expresses its intention to buy 2 BCM of gas, which corresponds to 20% of the EastMed’s initial capacity. Thus, a major producer of East Mediterranean gas (Energean) and a key distributor of gas in South East Europe (DEPA) are joining forces to ensure the success of the pipeline.

DEPA is steadily expanding its international trade activities and is developing, along with international partners, infrastructure projects that guarantee diversification of energy sources and security of supply in both Greece and Europe. By systematically strengthening its international role, our company is becoming a key player in the energy developments of the wider region.”

“The agreement with DEPA is an important development in the context of the EastMed pipeline project, which now has not only the support of Governments and the EU but is also attracting commercial interest from buyers and sellers of gas in the region. The EastMed pipeline provides Energean with another monetization route for its strategy to fully utilize the Energean Power FPSO that has an 8 BCM/y capacity and further allows us to continue the exploration and development of our 9 licenses offshore Israel.

We are very pleased to have signed the LOI with DEPA which is the first commercial agreement for the EastMed pipeline and look forward to further assisting the development of the project, which will substantially benefit the economies, the security of supply and the consumers of the Eastern Mediterranean and Europe”.

DEPA, the Public Gas Corporation of Greece, is the company that introduced natural gas to Greece.

With the continuous expansion of the natural gas network, the DEPA Group is promoting the use of natural gas in Greece contributing significantly towards the development of the Greek economy, the protection of the environment and quality of life.

On the basis of long term supply contracts, DEPA ensures Greece’s security of supply, and is undertaking initiatives and promoting projects that further enhance the role of Greece as a natural gas hub.

Of equal value are the international activities of DEPA. Through IGI Poseidon S.A., the company is a major stake holder of the EastMed and Poseidon pipelines which will transport Eastern Mediterranean gas to Europe’s markets. These extremely important projects promote Europe’s energy security goals and are endorsed by the EU as Projects of Common Interest, with the support of its Governments.

DEPA is also a strong partner in a number of significant international projects such as the IGB pipeline (Gas Interconnector Greece-Bulgaria) – a project of national importance for the two countries, with projected capacity of up to 3 bcm/y that ensures the diversification of gas supplies for Bulgaria and the SEE Region – as well as the LNG terminal in Alexandroupolis, which is complementary to the IGB pipeline and consists of an FSRU (Floating Storage Regasification Unit), with storage capacity of up to 170,000 cubic meters of LNG.

In August 2017 the Company received Israeli Governmental approval for the FDP for its flagship Karish-Tanin gas development project, where it intends to use the only FPSO in the Eastern Mediterranean to produce first gas in 2021. Energean has already signed firm contracts for 5.0 Bcm/yr

On 4 July 2019, Energean announced the conditional acquisition of Edison E&P for $750 million plus $100 million of contingent consideration, which will expand its gas-focused footprint in the Eastern Mediterranean.